It’s late on Wednesday afternoon and the Shiirkole football pitch in the Somali capital should be teeming with life.

Usually there are uniformed players and crowds wearing colourful jerseys supporting their favourite teams. That’s been the routine the past 20 years in Mogadishu during the holy month of Ramadan.

Football tournaments were held on this playground in the heart of the seaside city – even during the height of the brutal civil war that engulfed Somalia for decades – every Ramadan.

Despite the guns falling silent in Mogadishu, things are different this year. Aside from a bird pirched on a rusty goalpost, there is no sign of life at the Shiirkoole football pitch.

Days before the start of the fasting month, the committee that used to run both the grounds and football tournament received a call from a well-known number belonging to the armed group al-Shabab.

“I received a phone call. I was told in a calm voice to close the football field and not hold any football tournament,” Kassim Maalim, a member of the committee, told Al Jazeera.

“More than eight teams were signed up to take part in the competition this Ramadan. But since that phone call, no football has been kicked here,” Maalim added.

Al-Shabab, an al-Qaeda-linked armed group, is fighting to overthrow the UN-backed government in Mogadishu and wants to impose a strict version of Islamic law in the Horn of Africa country.

The group used to control most parts of the country, but since 2010 the fighters have been ousted from most major towns and cities.

In 2011, the armed group was pushed out of Mogadishu by Somali troops backed by hundreds of soldiers from the African Union Mission in Somalia (AMISOM) after months of deadly street battles. But al-Shabab has continued to carry out deadly suicide bombings and assassinations in the city.

“They have been closing down football grounds for the past four months. I know more than 30 grounds that have closed down – one-by-one – after phone calls,” Maalim said.

Those failing to heed al-Shabab’s order have been dealt with harshly by the group, he said. The fighters run courts that hand down sentences to anyone not following their orders in the villages of Mubarak and Toratorow, in the lower Shabelle region, not far from the Somali capital.

“They have arrested six people who did not act fast enough. Five have been released after serving time in al-Shabab jails. One is still in their prison,” said Maalim.

Some of those released fled the city, fearing for their lives.

“I left Mogadishu and now I’m in hiding because anything can happen to you if you don’t do what they want,” an owner of a football pitch in Mogadishu – who didn’t want to be named fearing reprisals – told Al Jazeera.

“No one can protect you from them. I have a family to look after and don’t want anything to do with them,” he said, adding he’s hiding in a town in central Somali not in al-Shabab’s control.

The armed group has said it isn’t against Somali youth playing football. In 2014, Al Jazeera reported on Al-Shabab fighters playing football on a beach in the port town of Barawe.

Against our religionThe group told Al Jazeera it is merely acting on a request from the public.

“These football grounds are open all day and late into the night. The youth instead of going to school go to these football fields. These grounds are not free so the youth steal money from their parents to enter these fields or take part in the matches,” Abu Abdurahman, al-Shabab’s commander in the Benadir region, which includes Mogadishu, told Al Jazeera.

“Also, men and women mix at these football grounds. This is unacceptable. It is against our religion. Many parents came to us for help – and we intervened.”

Mogadishu is home to thousands of troops from the African Union who are in Somalia to defeat the armed group. Many of the grounds shut down are a few minutes’ drive from their main base at Mogadishu’s airport.

Analyst say the closure of the football pitches is further evidence the armed group is very much active in the city, despite AMISOM claiming it was liberated in 2011.

“Al-Shabab never left Mogadishu but changed their tactic. They are in the city amongst the people. AMISOM are in their bases, which mostly are on the outskirts of the city,” Mohamed Ahmed, a Mogadishu-based analyst, told Al Jazeera.

Ahmed said there could be another reason why al-Shabab wants fields closed.

“Music and sports are the two things that keeps the youth busy and away from joining armed groups. With high unemployment and nothing to do, they will be at the mercy of been recruiting by anyone,” he said.

AMISOM said claims that al-Shabab shut down football fields in the city are not true.

“Somalia has a recognised government in place and this government has not closed any football pitches. They are open and in use,” Richard Omwega, an AMISOM spokesman, told Al Jazeera.

Somalia’s government also denied the armed group had forced the closures of any football pitches in the capital.

“Somali people love football and our young people enjoy playing football. In Mogadishu we have over 500 football grounds where they play, and at times you see that they even play on the streets,” Abdirahman Omar Osman, governor of Benadir region and mayor of Mogadishu, told Al Jazeera.

“So no one can deny them playing football. However, the terrorist group always tries to threaten people.”

While the Somali government, AMISOM, and al-Shabab battle for supremacy in Somalia, the sports community can only wait and hope for the best. 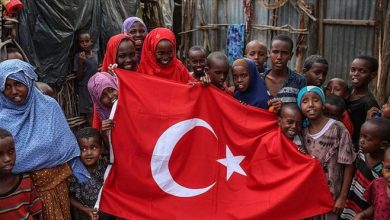 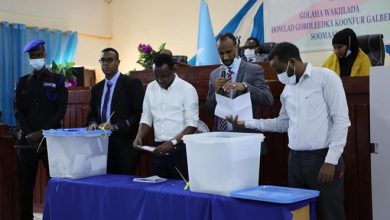 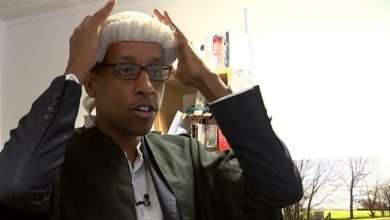 Journey to success: The London barrister who escaped war in Somalia 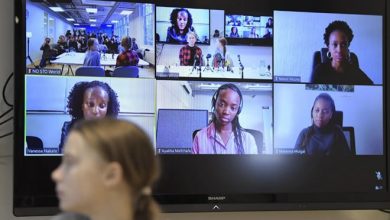 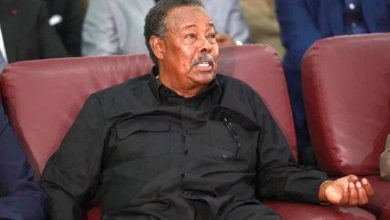 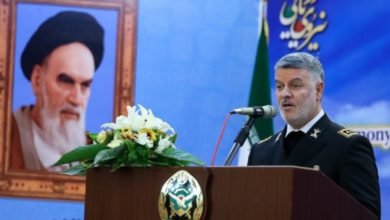