The candidate of Somaliland’s ruling party, Musa Bihi Abdi, was finally declared the new president of this semi-autonomous region of northwestern Somalia late last month, after eight days of counting, recounting and closed-door negotiations between him, his main rival and the National Electoral Commission.

Now Bihi faces the task of dealing with Somaliland’s many challenges, most of all turning a nascent democracy and East African success story into a fully functioning and independent state recognized by the world.

The election was declared peaceful and free by both local and international observers, who despite concerns claimed to have “observed a poll that in the main seems to have preserved the integrity of the electoral process.”

But less than 24 hours after the closure of the polls on Nov. 13, Bihi’s main rival in the race, Abdirahman Mohamed Abdullahi, the candidate from the opposition Waddani party, complained of irregularities, sparking protests that resulted in several deaths and injuries. Fearing that the situation could escalate further, the electoral commission agreed to a partial recount. Days later, the commission announced Bihi’s victory with 55 percent of the vote. Irro, as Abdullahi is known in Somaliland, won 40 percent. Faisal Ali Waraabe of the For Justice and Development party finished a distant third with about 4 percent of the vote.

Somaliland had once again pulled back from the brink of a possible crisis. “One of the successes of Somaliland has been its relationship between modernity and tradition, and the way it uses traditional means to resolve political issues,” says Mohamed Farah, director of the Academy for Peace and Development, a research institute in Somaliland’s capital, Hargeisa. According to Farah, Somaliland’s political system, which incorporates both traditional clan elements and modern political structures, has been key to its ability to manage crises over its 26 years of self-declared but still internationally unrecognized independence.

Despite a history of delays and complications—November’s election was first scheduled for 2015, but was postponed because of lack of funding, political disagreements and complications caused by drought—Somaliland can boast a relatively long list of polls going back to 2001’s constitutional referendum. In stark contrast to Somalia, which it broke away from, Somaliland is considered one of the most stable and functioning democracies in East Africa.

A former British protectorate, Somaliland existed as a sovereign entity for five years before choosing to join what was then Italian Somalia in 1960. But after years of brutal civil war and the collapse of Somalia’s central government, the territory once again asserted its independence in 1991. Since then, it has existed as a de facto state, with its own governance institutions, a constitution and a vibrant civil society.

The presidential election was important not only for its results, but for what the process signified. Another peaceful and democratic transition of power was a sign of Somaliland’s political stability and maturity, which many Somalilanders hope will bolster their case for international recognition.

But while those achievements are impressive, especially when compared to the state of all its neighbors, Somaliland is not without its challenges.

“Everyone focuses on Somaliland being democratic,” says Guleid Ahmed Jama, chairperson of Somaliland’s Human Rights Center, a local watchdog. “But issues like the state’s human rights abuses are overlooked.”

Journalists, opposition leaders and government critics are regularly imprisoned and harassed. The police force remains a highly militarized institution, which is not subject to civilian courts and operates largely with impunity. Women’s political participation is limited, and the law—especially related to citizenship rights and gender-based violence—betrays deeply ingrained gender inequalities.

Somaliland has made great strides in developing its democracy, but officials’ focus on stability has prevented them from confronting other problems.
Farah insists that political freedom and independence of the judiciary will have to be a priority for the new president, if Bihi is serious about reviewing areas of the constitution related to human rights. “Our constitution was founded in a period when there was internal conflict, but that is no longer the case,” he says. “Our constitution no longer reflects the political maturity of Somaliland.”

During the election campaign, Bihi pledged to protect the rights of women and increase their political participation. He also laid out a plan to strengthen the independence of the judiciary.

Having served first in Somalia’s air force under the nationalist leader-turned-dictator Mohammed Siad Barre, who was ousted in 1991, and as a commanding officer with the rebel Somali National Movement during the armed struggle against Barre’s rule in the 1980s, Bihi is seen as a strong leader who will uphold the rule of law and fight corruption.

As president, Bihi will have to deal with the pressing issue of political reform. The lower chamber of parliament, the House of Representatives, has served since 2005, well past its mandate, which ended in 2015. The upper chamber, the House of Elders, known as the Guurti, has not had a new election since 1997. Parliamentary elections were initially due to be held at the same time as the presidential vote, but they have now been controversially postponed until April 2019, with authorities citing inadequate funding and logistical difficulties.

Despite playing a central role in conflict resolution, the Guurti, which is made up of elders and other traditional leaders, has over time become more politicized. Coupled with the practice of hereditary sucession upon the death of the chamber’s original members, that politicization has undermined its effectiveness as an independent body. Bihi’s new administration will have the job of overseeing a long-overdue overhaul for both houses of parliament, a reform that has the potential to change the makeup of Somaliland’s political system.

As important as it is for Somaliland’s domestic politics, Bihi’s election could also shape Somaliland’s emerging foreign policy. While other candidates were skeptical about two recent controversial deals with the United Arab Emirates, which will see major development of the port of Berbera and the establishment of an Emirati military base there, Bihi vowed to uphold them. The deals will bring unprecedented levels of investment in the country, putting Somaliland on the region’s geopolitical map.

Bihi has also voiced his plans to develop a trade relationship with neighboring Ethiopia, while maintaining closer ties with the UAE. “Balancing Ethiopian interests and those of Arab countries will be a challenge,” Farah says. “And how they do that will be very important for the future of Somaliland.”

Despite the challenges, Somaliland has made strides in establishing a stable, peaceful and relatively functional proto-state. But after a quarter of a century, its people say they feel like “hostages to peace,” as the government puts stability before all else.

In a 2009 report for Human Rights Watch, many Somalilanders said they were “unable to confront Somaliland’s deepest problems effectively for fear of upsetting the fragile balance that has kept the territory from going the way of Somalia and other countries in the region.” Bihi will have to demonstrate that he is capable of moving beyond a narrow definition of democratic success in order to make Somaliland more inclusive and equal for all its citizens. 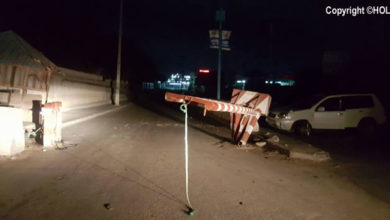 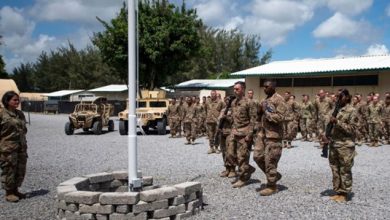 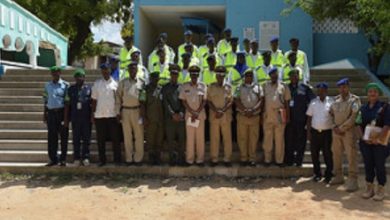 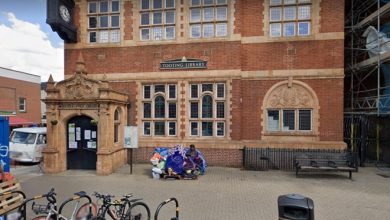 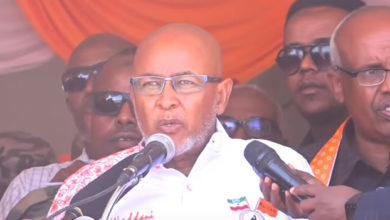 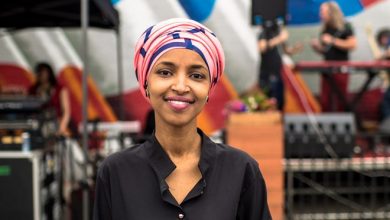