ADDIS ABABA, Ethiopia – It’s a clash over water usage that Egypt calls an existential threat and Ethiopia calls a lifeline for millions out of poverty. Just weeks remain before the filling of Africa’s most powerful hydroelectric dam might begin, and tense talks between the countries on its operation have yet to reach a deal.

In an interview with The Associated Press, Ethiopian Foreign Minister Gedu Andargachew on Friday declared that his country will go ahead and start filling the $4.6 billion Grand Ethiopian Renaissance Dam next month, even without an agreement. “For us it is not mandatory to reach an agreement before starting filling the dam, hence we will commence the filling process in the coming rainy season,“ he said.

“We are working hard to reach a deal, but still we will go ahead with our schedule whatever the outcome is. If we have to wait for others’ blessing, then the dam may remain idle for years, which we won’t allow to happen,“ he said. He added that ”we want to make it clear that Ethiopia will not beg Egypt and Sudan to use its own water resource for its development,” pointing out that Ethiopia is paying for the dam’s construction itself

He spoke after the latest round of talks with Egypt and Sudan on the dam, the first since discussions broke down in February, failed to reach agreement.

No date has been set for talks to resume, and the foreign minister said Ethiopia doesn’t believe it’s time to take them to a head of state level.

The years-long dispute pits Ethiopia’s desire to become a major power exporter and development engine against Egypt’s concern that the dam will significantly curtail its water supply if filled too quickly. Sudan has long been caught between the competing interests.

The arrival of the rainy season is bringing more water to the Blue Nile, the main branch of the Nile, and Ethiopia sees an ideal time to begin filling the dam’s reservoir next month.

Both Egypt and Ethiopia have hinted at military steps to protect their interests, and experts fear a breakdown in talks could lead to conflict.

Ethiopia’s foreign minister would not say whether his country would use military action to defend the dam and its operations.

“This dam should have been a reason for co-operation and regional integration, not a cause for controversies and warmongering,” he said. “Egyptians are exaggerating their propaganda on the dam issue and playing a political gamble. Some of them seem as if they are longing for a war to break out.”

Gedu added: “Our reading is that the Egyptian side wants to dictate and control even future developments on our river. We won’t ask for permission to carry out development projects on our own water resources. This is both legally and morally unacceptable.”

He said Ethiopia has offered to fill the dam in four to seven years, taking possible low rainfall into account.

Sticking points in the talks have been how much water Ethiopia will release downstream from the dam during a multi-year drought and how Ethiopia, Egypt and Sudan will resolve any future disputes.

The United States earlier this year tried to broker a deal, but Ethiopia did not attend the signing meeting and accused the Trump administration of siding with Egypt. This week some Ethiopians felt vindicated when the U.S. National Security Council tweeted that “257 million people in east Africa are relying on Ethiopia to show strong leadership, which means striking a fair deal.”

In reply to that, Ethiopia’s foreign minister said: “Statements issued from governments and other institutions on the dam should be crafted carefully not to take sides and impair the fragile talks, especially at this delicate time. They should issue fair statements or just issue no statements at all.”

He also rejected the idea that the issue should be taken to the United Nations Security Council, as Egypt wants. Egypt’s foreign ministry issued a statement Friday saying Egypt has urged the Security Council to intervene in the dispute to help the parties reach a “fair and balanced solution” and prevent Ethiopia from “taking any unilateral actions.”

The latest talks saw officials from the U.S., European Union and South Africa, the current chairman of the African Union, attending as observers.

Sudan’s Irrigation Minister Yasser Abbas told reporters after talks ended Wednesday that the three counties’ irrigation leaders have agreed on “90% or 95%” of the technical issues but the dispute over the “legal points” in the deal remains dissolved.

The Sudanese minister said his country and Egypt rejected Ethiopia’s attempts to include articles on water sharing and old Nile treaties in the dam deal. Egypt has received the lion’s share of the Nile’s waters under decades-old agreements dating back to the British colonial era. Eighty-five per cent of the Nile’s waters originate in Ethiopia from the Blue Nile.

“The Egyptians want us to offer a lot, but they are not ready to offer us anything,” Gedu said Friday. “They want to control everything. We are not discussing a water-sharing agreement.”

The countries should not get stuck in a debate about historic water rights, William Davison, senior analyst on Ethiopia with the International Crisis Group, told reporters this week. “During a period of filling, yes, there’s reduced water downstream. But that’s a temporary period,” he said.

Initial power generation from the dam could be seen late this year or in early 2021, he said.

Ethiopia’ foreign minister expressed disappointment in Egypt’s efforts to find backing for its side.

“Our African brotherly countries should have supported us, but instead they are tainting our country’s name around the world, and especially in the Arab world,” he said. “Egypt’s monopolistic approach to the dam issue will not be acceptable for us forever.” 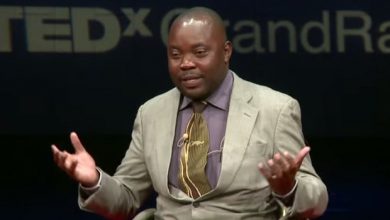 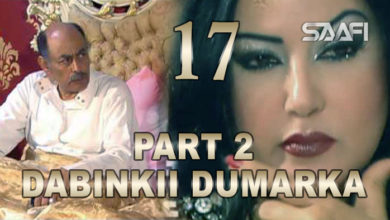 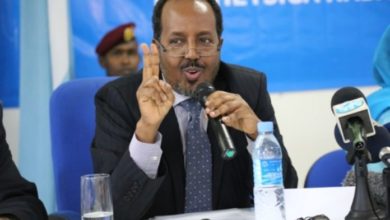 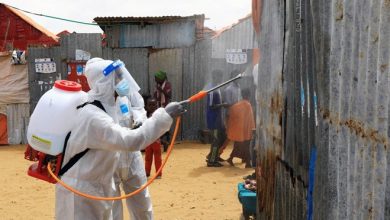 Who’s afraid of COVID-19? Somalia’s battle with the virus 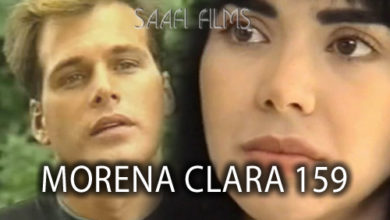 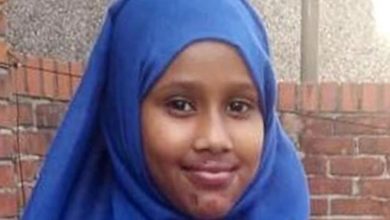