(CNN)Yohannes and Gebremeskel knew it would be freezing cold inside the bulk cargo area of the Airbus A350 plane on the long flight from Ethiopia’s capital to Belgium.

But the two ground technicians with Ethiopian Airlines, both of Tigrayan origin, said they felt a threat from the Ethiopian authorities that left them no choice but to stow away among crates of fresh flowers.
Both men said family members had been detained under sweeping emergency laws that have targeted ethnic Tigrayans — and that they feared it was their turn next. The laws were imposed in November as Ethiopian government troops battle forces from the northern Tigray region in a bitter conflict that has now dragged on for 14 months. The government denies the laws targeted any particular group and recently lifted the state of emergency.

So, in the early hours of December 4, Yohannes and Gebremeskel, both 25, made a spur of the moment decision to climb into the storage section of a converted Ethiopian Airlines cargo plane that was sitting in one of the hangars at Addis Ababa Bole International Airport, waiting for the early morning flight to Brussels, Belgium.

As ground technicians with Ethiopia’s flagship commercial airline for the past five years, they had access to the compartment for routine inspection purposes. But if their hiding place was discovered, they would face harsh punishment, they said. CNN has changed both men’s names at their request for security reasons.

For more than three hours before take-off, they hid in the cold among the cabin crew’s luggage, not far away from the plane’s cargo shipment — crates loaded with roses ready to be delivered to Europe.
“We took the risk. We were — we had no choice, we had no choice, we couldn’t live in Addis Ababa, we were being treated as terrorists,” Yohannes, who has now obtained asylum in Belgium, told CNN in one of several phone conversations.

Four of his relatives have been killed, his fiancée is in prison in Ethiopia’s Afar region and his sister, about seven months pregnant, was seized from his house along with his furniture, he said. Yohannes believes these killings and detentions were motivated by their Tigrayan ethnicity and actioned under Ethiopia’s new emergency laws. “I don’t know where she [his fiancée] is currently,” he added. CNN has not been able to independently verify the deaths or imprisonment of Yohannes’ relatives.

A spokeswoman for the office of Ethiopia’s Prime Minister Abiy Ahmed noted in an emailed statement to CNN that the state of emergency was lifted on January 26, 2022.

“You would note that the Council of Ministers have today decided to lift the State of Emergency. Individuals apprehended under the SOE [State of Emergency] have been released in great numbers, over the past weeks by the security sector, following investigations,” spokeswoman Billene Seyoum Woldeyes said.

“The SOE was never enacted to ‘persecute’ any group of people based on their identity,” she said.
The pair are not the only airline employees to attempt a risky escape from their home country in recent weeks. On December 1, shortly before Yohannes and Gebremeskel fled to Belgium, two other Ethiopian Airlines technicians concealed themselves in a passenger aircraft destined for Washington, DC, a spokesperson for the US Customs and Border Protection (CBP) confirmed to CNN via an emailed statement.

They had concealed themselves in the ceiling space above the seating, according to a source at Ethiopian Airlines with firsthand knowledge of the internal investigation that was launched afterward.
Their journey would last more than 36 hours in total, as the plane flew from Addis Ababa via Lagos, Nigeria, and Dublin, Ireland, before finally landing at Dulles International Airport in Washington, DC.
Upon arrival in the US, the individuals were detained by the US Department of Homeland Security before later being transferred to US Customs and Border Protection (CBP).

CNN has also spoken to several other Tigrayan employees of Ethiopian Airlines who have fled Ethiopia in recent months through their jobs as flight crew. They told similar stories of widespread detentions of Tigrayans in Ethiopia and of targeted ethnic harassment from within the airline.

CNN has been unable to speak directly to the stowaways who reached Washington, DC, but the source at Ethiopian Airlines said that both men were also of Tigrayan origin.

A CBP spokesperson said in a statement to CNN that after an identification and security examination, officers discovered the two “possessed Ethiopian Airlines employee identification cards, and that they stowed away with the intent of claiming asylum in the United States.”

“The two Ethiopian males are presently housed at a federal detention facility pending a hearing before an immigration judge,” the statement added. “CBP issued a civil penalty to Ethiopian Airlines for the security breach and were briefed on measures the airline is undertaking to enhance the airline’s aircraft security plan.”

CNN has obtained photos of the inside of the Boeing 777 aircraft as it looked during an inspection in the aftermath of the escape. In some pictures, it is possible to see the crew bunk in the center of the plane’s seating area, which the two men reportedly entered before lifting a mattress to reveal a maintenance access panel.

The images indicate they then cut a larger hole in the panel to enable them to smuggle themselves through the gap into the plane’s ceiling. They hid in this spot, not far above the aircraft’s toilets, for over a day and a half. CNN showed Boeing the photographs and a Boeing representative deferred to Ethiopian Airlines for comment.

The source at the airline told CNN they believed the fact that the stowaways were former maintenance technicians for the airline enabled them to know exactly where to hide inside the plane to go undetected without damaging the structure of the aircraft.

That they had the necessary tools with them to cut through the panelling might suggest the pair had planned the attempt in advance, the source at the airline added.

In total, 16 Ethiopian Airlines technicians appeared to have escaped via any possible means, either by boarding as cabin crew and walking off or stowing away, he said. CNN has been unable to independently verify this number.

For Yohannes and Gebremeskel, the decision to flee was an impromptu one, they said. They picked the first scheduled flight to a European country that was available and had to leave possessions including their cell phones behind in their lockers.

For the whole of their seven-hour flight to Brussels, they sat in the cargo area of the Airbus A350 with no food, no water, in the freezing cold, unbeknownst to the other members of the crew on board.
“I didn’t even have any clothes with me, I was wearing the uniform for maintenance […] I’m still wearing it,” Yohannes said.

“We don’t have anything to change into here, no underwear, no shoes, even the shoes […] we tried to cover our feet and the legs with what we had, it was night shift, on night shift we have the jacket of Ethiopian Airlines crew,” Gebremeskel, who also obtained asylum in Belgium, told CNN.

It was not how Gebremeskel imagined he would experience his first trip out of Ethiopia. Despite working for five years at Ethiopian Airlines, he had never boarded an international flight.

Many people have left Ethiopia by land since the conflict began in November 2020. As of mid-December 2021, more than 50,000 people had fled into neighboring Sudan, according to UN figures. At the peak of the influx, “more than 1,000 people on average were arriving each day, overwhelming the capacity to provide aid,” a UN report said.

Meanwhile, attempts to leave Ethiopia by air by legal means have become increasingly difficult for Tigrayans, according to Ethiopian Airlines employees CNN spoke with.

Several attempted to leave by boarding planes from Addis Ababa’s Bole Airport as legitimate passengers but were denied access due to their Tigrayan ethnicity, they claimed. One former employee told CNN there were four checkpoints at the airport where passengers had their passports checked before departure.

“They check place of birth and name,” they told CNN, recalling three of their own failed attempts to leave. If the person was born in Tigray or had a Tigrayan name they were denied exit from Ethiopia, the former employee said.
As a result, several employees told CNN they escaped by working on board international flights as flight crew and fleeing when the aircraft landed abroad, often when the destination was in Europe or the US.

CNN has obtained IDs that confirm the identities of all four men who stowed away. Flight paths of the two flights — the one to Brussels and the one from Addis to Dulles airport through Dublin — have also been crosschecked on FlightRadar24.

Ethiopian Airlines has not responded to CNN’s request for comment regarding the stowaways’ journeys or the allegations of discrimination against Tigrayans.

This is not the first time Ethiopian Airlines has made headlines during the conflict in Ethiopia. In October last year CNN revealed that the airline had been ferrying weapons between Ethiopia and Eritrea at the outset of the conflict in November 2020, an act that was condemned by the international community as a potential violation of aviation law.

CNN’s investigation triggered calls by US lawmakers for sanctions and investigations into Ethiopia’s eligibility for a lucrative US trade program. Ethiopia was kicked out of the program over human rights violations at the start of 2022.

The airline has issued multiple denials about transporting weapons.

After the aircraft carrying Yohannes and Gebremeskel landed in Brussels, the two waited for their chance to reach the terminal building.

“There were two guys working on the aircraft. One was unloading the cargo shipment and the other was coming with a torch around the plane,” Yohannes said. “So when the first was unloading the flowers we jumped to the ground — me and my friend — we jumped, and we ran to the terminal.”

Inside, employees gave them water and something to eat, but Yohannes and Gebremeskel were still in shock. “We were afraid they were going to send us back […] The guards, they brought us tea, but we were kneeling down on the ground, we were shaking,” Yohannes added.

Slowly, they felt a sense of relief, perhaps for the first time since they took off from Addis Ababa.
Their decision to flee had been prompted in part by reports that 38 Tigrayan security guards had been recently suspended at Bole Airport, meaning security was more lax than usual, they said.

But NISS, Ethiopia’s national intelligence security service, was still searching every part of the aircraft before departure, Gebremeskel explained, in order to prevent escapes. The Ethiopian Prime Minister’s spokesperson, Billene Seyoum, did not comment on these allegations.

“We had some tools with us, we were afraid they were going to catch us because they check — the guy from the national intelligence security service checks every flight before departure,” Gebremeskel said.

“We were afraid of course. We were sitting with some tools with us. Maybe they will come to check that we’re working on it. Luckily, we were not found. If we had been found, the punishment would have been harsh.”

Yohannes hopes that in Belgium, he will find a country that will “respect my demands, the right to life.”
Pieter-Jan De Block, their lawyer, confirmed in a statement to CNN that both his clients had “obtained international protection in Belgium” and that they’d been released from the center where they were staying.

For Gebremeskel, the picture is bittersweet. With his family still far away — his parents are in a refugee camp in Sudan — and no money or job in Belgium, life is not easy. Although he has accommodation now, his first 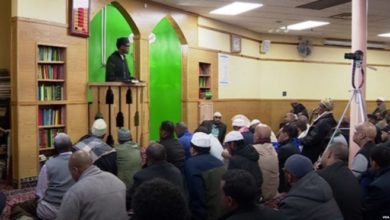 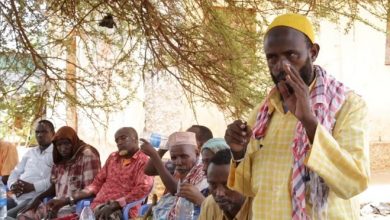 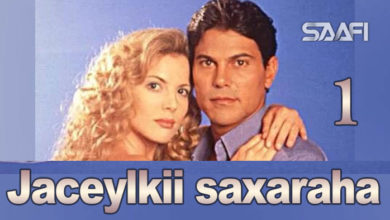 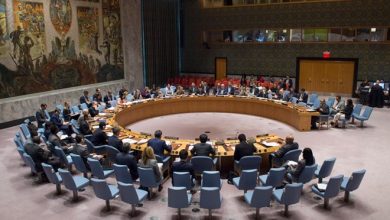 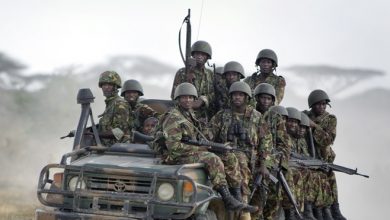 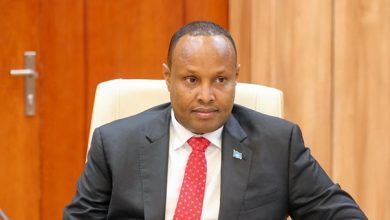