After decades of civil war and state collapse, Somalia is making rapid progress towards peace, stability and prosperity.

Following the 2016 electoral process and with a new national leadership, there is renewed hope for consolidating the gains made and accelerating progress towards long-term recovery and stability.

While progress has been made on state-building, institutional capacity remains weak on governance, justice, the rule of law, security, human rights and delivery of basic services. Insecurity remains a central fact of life for much of the population.

Last year, the African Union announced an exit strategy that would see some 22,000 troops withdraw and hand over control of security to the national army.

In April this year, the Federal Government of Somalia (FGS) and the Federal Member States (FMS) reached a historical agreement on Somalia’s National Security Architecture.

This political agreement is meant to have a conditions-based transition of primary responsibility of security from the AU Mission in Somalia (Amisom) to the Somalia security forces.

However, mission head Francisco Madeira says Amisom will not leave Somalia until they are sure Somali forces are ready to take over.

“We need Somalis to take the frontline in fighting the insurgency, but we cannot abandon them,” he told the Star.

By the end of this month, at least a 1,000 military troops will be leaving Somalia, with the same number leaving next year. “We need to empower the Somalis to make up for these numbers,” he said, adding that troop-contributing countries have already sent police officers to replace the army.

Madeira says the enemy has gained more knowledgeable personnel, so transition has to be made in a responsible manner. “Al Shabaab is benefitting from the knowhow of ISIS agents, who find Somalia a safe haven after being defeated in other countries,” he said.

Despite losing its foothold in Mogadishu in 2011, al Shabaab has continued its fight. In October, it was blamed for the country’s worst-ever attack, in which a truck bombing left more than 500 dead and more than 600 injured in the capital.

“Al Shabaab has no capacity for war. They wait until you are distracted and then they hit,” Madeira said.

The capital has already been taken over by Somali police, who perform most of the activities, including patrols on the roads during the day and at night.

“It is unfortunate that we lost so many civilians in that cowardly attack. We need to further tighten entry into the city by ensuring all people guarding entry points are incorruptible,” he said.

Sector one engineer Godfrey Isingoma says Amisom still has a big job to do in Somalia, going by the number of IEDs they have encountered since January.

He says 80 IEDs have gone off, causing damage in sector one area, which is covered by Ugandan soldiers, while 44 were found before they exploded, with 17 missing the target. During those incidents, 50 soldiers were injured, nine died and 20 vehicles were destroyed.
“The IED threat is real since it has become their weapon of choice, cutting through all sectors,” Isingoma said. He said in October’s attack, the bomb was an IED, in which sugar, fertiliser and gas cylinders were used to enhance the damage.

In January, Isingoma said they destroyed a whole lorry of explosives, which was targeting the airport.

Michael Keating, special representative of the secretary-general for Somalia and Head of the UN Assistance Mission in Somalia (UNSom), says Somalia is not ready to take over security in the country due to lack of finances and long-standing disputes on clanism.

“It’s not easy to transit and as much as Amisom cannot stay here forever and want the Somalia’s to take over, it will take a while longer,” he said.

“Somalia forces as they are now cannot fight the enemy. They are lacking in training and infrastructure.”

Keating termed the October bomb a ‘big joke’ in a ‘military’ country. “There is so much going on and I don’t think the police can handle. Imagine 500 civilians died in one afternoon. It was outrageous. That IED was very destructive. It’s a total joke coming from a military country.”

He said structures need to be put in place and Somalis to start paying taxes so they can generate revenue. “Transition is dependent on money, and Somalia needs to generate its own. They need to reduce dependency and at least be able to borrow from the world to sustain them,” Keating said.

He said maintaining Somalia is a very expensive affair, and the international community cannot keep providing all the money without a plan.

The government of Somalia has in the past said it requires at least 32,000 police officers, but the current numbers are worrying, considering they are being mentored to take over security in the country. There are approximately 8,000 federal police officers in Somalia, with state police being slightly above 1,000.

Acting Amisom police commissioner Christine Alalo said the capacity for Somali police is very low. “We have been training and mentoring them but there are no basic resources like police stations, guns, handcuffs and stationeries,” she said.

Alalo said most Somalia police activities are only found in Mogadishu, with other areas lacking in all aspects. “Outside the capital, when the police arrest a suspect, they dig a hole and put them inside, since they don’t even have a station,” she said.

Alalo said Somalia cannot be left in such a state, and urged police-contributing countries to provide them with more manpower as the military exits.

Abdi Ahmed, a Somalia police officer we met during a night patrol, says they would want to take over the security of the country but have challenges like guns, uniform and payments. “We have families and we need money to sustain them,” he said. He said Somalis interact better with them than the military.

Madeira ended by urging all partners to come together and train the Somali military and the police. “If they are ready to take over in even two years, trust me, we have no business staying here one extra day. But if they will not be ready, we will still be here for them.” 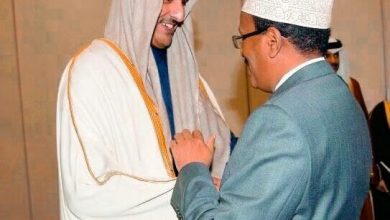 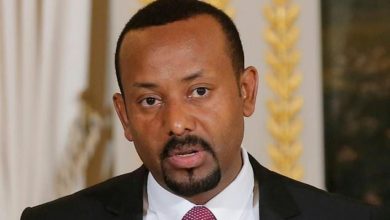 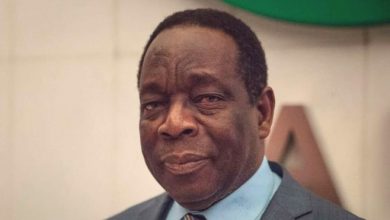 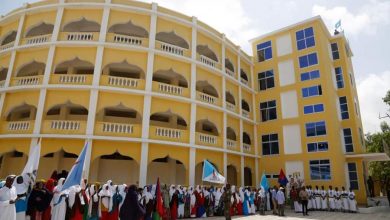 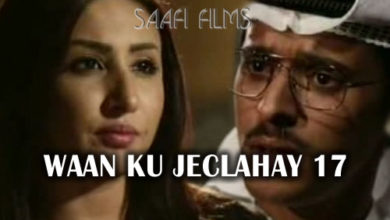 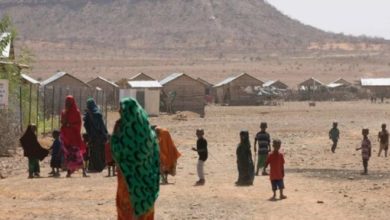