Twenty-four heartfelt letters sent by Buckland Shelburne Elementary School fifth-graders to Garden City, Kan., inspired a Garden City video that has been viewed at least 21,000 times and shared at least 400 times from the city’s Facebook page.

The letters were written in reaction to news that three members of a Kansas militia group were convicted of plotting to bomb a mosque and a Garden City apartment complex where 130 people live, including Somali immigrants.

When learning that many of the apartment complex residents were afraid to go out after the incident, students from Patricia Perlman and Jackie Goodman’s fifth-grade classrooms wanted to send messages to the community affected by the threatened attack.

“When I heard what happened to your city, I was shocked and a bit scared,” wrote BSE student, Lydia. “I don’t understand why people think it is OK to harm people who have done nothing… No one deserves to be treated so awful.”

“This is not our country,” wrote Adison, another student. “Our country is supposed to be a welcoming country.”

“My heart dropped when I heard there was almost a bombing that would kill 130 people — who would do such a thing,” asked student Ruby. “Ms. Perlman’s class is supporting you all.”
The subject was brought up in March by students at a daily classroom morning meeting, Perlman says. She said the morning meeting is often used as a time when children share their concerns with others. “We get that all taken care of and out of the way, so we can start on the real business of learning,” she said.

When they learned that some residents of the apartment building were afraid to leave home after the threat, the children asked if they could write letters to them. “That was not part of my daily plan,” said Perlman, who teaches writing. “But when children are begging for something, I couldn’t refuse.”

After getting parents’ permission to send out the student letters, Perlman sent the 24 unedited, handwritten letters, with first names only of the BSE students, to Garden City Manager Matthew C. Allen.

“Our school is a public school based on the core values of compassion, responsibility and safety,” she wrote. “We often discuss current events; your story moved them very much. … I hope these letters bring some hope and joy to the residents of the targeted apartment building.”

Allen said the letters were shared with the Bernadine Sitts Intermediate Center, a public school that serves about 450 fifth- and sixth-grade students, and the community affected by the bomb plot. The city manager’s office also put together a 2½-minute video, of Bernadine Sitts fifth-graders reading excerpts of the BSE letters. They called the video “Infinite Hope,” and it was posted on the city’s Facebook and on YouTube.

“This was such a generous act of kindness by Patricia and her students,” Allen said. “There were many of us who were deeply moved. We wanted to find a way that not only said ‘thank you’ to the students in Massachusetts, but also drew attention to what we believe modeled best-practice behaviors for the way citizens treat each other.”

Garden City, a regional hub of western Kansas, is a community of almost 31,000 people, with 20 languages spoken in the local school system, according to the city’s website. Tyson Fresh Meats Inc. is one of its largest employers, and many immigrants living in the town are employed in the meat-packing industry.

The letters were sent in late March, and when the BSE students did not hear back from Kansas for several weeks, they asked Perlman what happened. “I said you don’t send kindness out into the world with any expectation. The rewards don’t have to be tangible. The reward is what you feel — that you’ve done something,” she said.

After the video was produced, the fifth-grade classes watched it; some of the students cried when their words and names were read out.

“It was just great,” said Perlman. “We were astonished. They were so proud,” she said of the students. “The kids were saying, ‘I didn’t think I could make a difference.’ And it just inspired them to do more.”

The school year ended soon after the video was made, but there is talk of the fifth-graders from both schools becoming pen pals for the coming school year, according to Perlman.

Allen said the video has been viewed more times than anything else the city has posted. 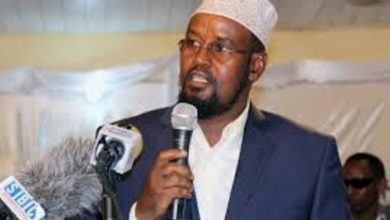 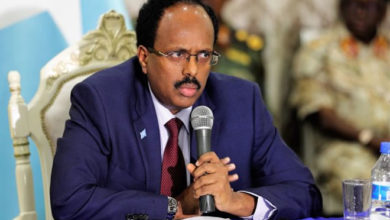 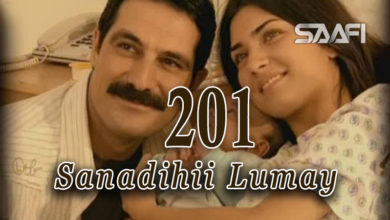 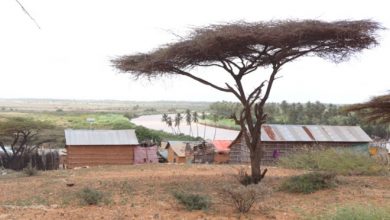 Qaamqaam: The Somali village where chopping trees is banned 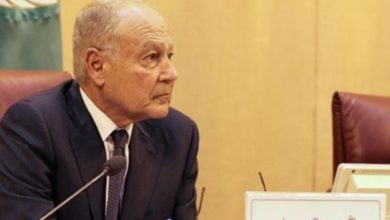 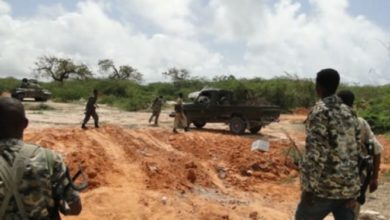