BOSSASO, SOMALIA — In a classroom overlooking the harbor in the Somali city of Bossaso, Sarath Surasena teaches the basics of boat mechanics.

The students are recruits for a new coast guard being established in Somalia’s Galmudug state, once the epicenter of piracy that paralyzed Indian Ocean shipping lanes a decade ago, and a place Surasena knows all too well.

In 2010, while sailing from South Africa to India with a load of coal, Somali pirates attacked the ship he was working on, the Orna, and held the 19-man crew hostage for more than two years.

“Every day in sunshine, we wake up, we are afraid,” he said. “We don’t know next time who is going to be killed, who is going to be hurt. But one thing I was thinking… if I get a chance to be released and go back to the civilized society, I will try my level best to do something against this human trade. This is human trade, nothing else, they hold a human and demand money.”

After capturing the Orna, the pirates forced the crew to sail to Harardhere, a pirate lair in Galmudug state.

The pirates demanded ransom from the Emirati company that owned the ship. Meanwhile, Surasena and the rest of the crew struggled to survive, drinking fuel-contaminated water and subsisting on meager scraps of food.

“Sometimes people [would] fight each other for a potato,” he said. “The same crew, we would start fighting for one potato, one onion, like that.”

At one point, the pirates decided to use the Orna as a mothership to carry out fresh attacks – with the hostages as their crew. They sailed east toward India in search of boats to hijack, but failed twice to capture any.

Amid rough seas, some of the pirates fell overboard, and the hostages rescued them. Soon after, the ship turned back to Galmudug.

Months went by with no ransom payment. One day, the pirates took Surasena and other crew members to an inland forest.

“That day I knew something was wrong,” he recalled. “In the morning, I saw all the pirates, their faces were not that happy. They took six people, made us remove all the clothes, then they asked us to lie down, then they tie up our hands and legs, and start beating us like hell. They used a cane.” In the forest, Surasena was shocked to see militia driving trucks with heavy weapons amid villagers living in abject poverty.

He was made to stay with a poor local family, guarded by their nine-year-old son who carried an AK-47 rifle. The boy reminded Surasena of his own son of the same age, and they became friends.

Still, the terror was ever present. In September 2012, the pirates showed one of Surasena’s fellow crew members, who survived the wounds. A month later, a ransom was paid and the ship and most of its crew went free. But Surasena and five others were held back.

Eventually, his family managed to raise $10,000 to pay off the pirates. On New Year’s Eve 2012, the pirates handed Surasena over to Somalia’s government in Mogadishu. Two weeks later, he was home in Sri Lanka. The other remaining crew members were soon released as well.

But Surasena longed to go back to Somalia to make good on his vow.

Coming back as teacher

The U.N. Office of Drugs and Crime was running a program to train Somali coast guard members to protect their own waters. They needed an engineer to teach boat mechanics and maintenance. Surasena got the job, and in October 2014 returned to Somalia.

“Believe me, [the] first time I did not tell my wife that I am going to Somalia,” he said with a laugh. “If I tell her, I am sure she will not allow me to come. So I told her I am going to Kenya.”

He’s since let his family know, and today he lives in the port city Bossaso, staying in a fortified U.N. compound due to the war-torn nation’s persistent insecurity.

So far, he’s trained two coast guard units in different parts of Somalia that have deployed on the high seas, including a team of 10 in Bossaso he taught to repair and maintain their boats.

“I am happy over here,” he said. “They are good mechanics now. Indirectly, I am participating against this piracy.”

Since its heyday a decade ago, piracy has dropped dramatically in the Indian Ocean, thanks in part to local coast guards and deployment of international navies in Somali waters.

But the threat remains. Having seen crushing poverty in Somalia’s countryside, Surasena says it will take more than force to rid the seas of piracy completely.

“These people are not well looked after, they suffer,” he said. “At the same time, there are other people in the society living luxury life. So these people wanted to make money either in good way or bad way.”

“Whatever we do against the piracy, we cannot totally stop it unless we develop the country.” 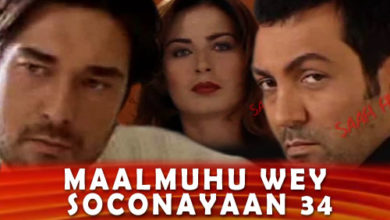 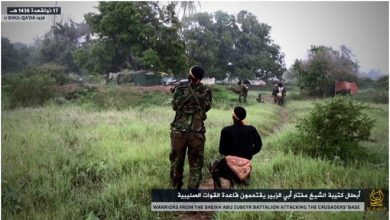 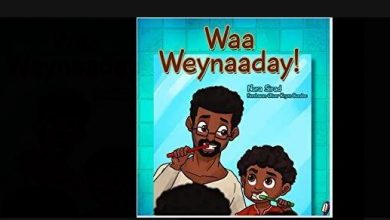 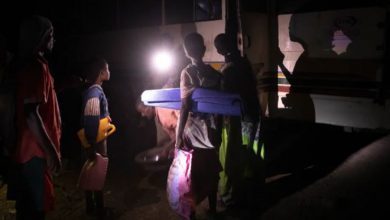 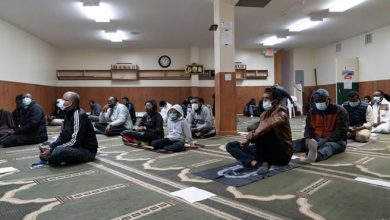 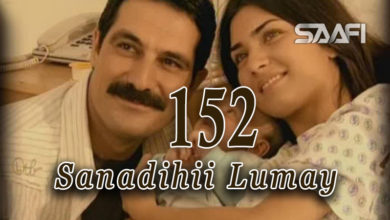