Like many who originally came from Somalia, Abdurrahman Mahmud often refers to his country of origin as “the poet nation.”

For the last three years, he’s been working to use that popular Somali artform—oral storytelling—to bring awareness to the big public health issues affecting East African communities in the Twin Cities and across Minnesota.

All three issues need to be talked about front and center to produce better public health outcomes, Abdu said.

The project, called Abdu’s City of Nations Storytelling Studio, aims to hold monthly “storytelling circles” on the three topics, starting in either mid-December or early January. Roughly a half-dozen people will participate in each storytelling circle.

These discussions will be filmed, edited, and eventually distributed through online platforms like YouTube and the Somali American TV web channel. They’ll also screen in public events at Mixed Blood once the COVID-19 pandemic is under control, said Jack Reuler, the theater’s artistic director.

East African communities feel comfortable with this form of communication, Abdu said, making it an ideal way to spread awareness of the three topics.

Abdu, a public health specialist who once worked on human rights issues funded by the United Nations, hopes that the visibility of people sharing their stories “will ignite a discussion” on these subjects.

The Storytelling Studio project will also share the results with health care professionals to give them insights into serving East African communities, he added.

Project 154 was looser in its focus and aimed at improving public health disparities in East African communities. The project found people to participate by working through elected officials and with organizations like the University of Minnesota. Participants would not have to give their names or share their information publicly if they didn’t want to.

“Of the 300 people who participated, only 17 agreed to be photographed,” Abdu said. “That’s how discreet it was.”

Abdullahi Sheikh, a public health specialist who currently works as a coordinator for African Community Services, led some of the discussion circles for Project 154. For one discussion, Abdullahi asked participants to think back to a time when they were healthy.

“They imagined a time at home when the sun was shining, when there was plenty of milk and meat, and people could visit one another, and there was no war,” Abdullahi said.

When he asked the participants to imagine a time they weren’t healthy, many cited the harsh days of Minnesota winters and how the weather caused them to stay indoors, eat more, and put on weight.

One of the biggest takeaways, Abdullahi said, came when community members spoke of their experience navigating care providers in Minnesota. Participants spoke about having trouble with medical interpreters who didn’t translate for them well. And they described their surprise that nurses and doctors might spend just 15 or 20 minutes with them during patient appointments.

On the positive side, some of the elders who had surgeries like a hip replacement, a lung transplant, or laser eye surgery spoke of technology in U.S. healthcare as miraculous.

“Some had good experiences, some had bad,” Abdullahi said. “They offered an expression of both gratitude and outrage at how they experienced health care.”

Mixed Blood didn’t film any of the storytelling circles from Project 154; instead one of the coordinators took notes. But afterward, the project did produce video profiles of some participants describing main points from the discussions. These appeared on Mixed Blood’s YouTube page in late 2019.

Instead of focusing broadly on health, Storytelling Studio will aim exclusively to break the stigma surrounding mental health, sexual health, and substance abuse.

Abdu emphasized that all three issues are connected. The topics are also clouded by a gap between the younger generations and their parents, many of whom grew up in Africa with different cultural norms. He gave one hypothetical example.

“A young woman who goes to school in Minnesota may experience a reproductive-related issue, and when she goes home she doesn’t have the comfort to tell what happened to her parents,” Abdu said. “That can lead to stress or depression or anxiety, which can lead to substance abuse, which is a very prevalent thing in the East African community now. That then leads to disaster, and an unproductive future for that kid.”

Project 154 found similar real life examples. One video shows participant Bosteya Jama, a social worker, speaking about a teenage Somali woman who got pregnant but never told her parents. The woman decided to get an abortion.

In the video, Bosteya said teenagers act this way in part because “as Somali parents, we don’t discuss such issues with our youth. We don’t have open communication with our youth, with our boys and girls.”

It might be tougher to find willing participants for Storytelling Studio than for Project 154 because the discussions will be filmed and made public. But Maryam Nur, who is consulting with Abdu on the project and works as associate director for the Somali American Parents Association, said she and others will be looking for participants by going through their trusted circles.

“In my community, they have to trust you before they even talk to you,” Maryam said. “You cannot just go to someone you do not know. If I want to approach a family, I talk to someone who knows them.”

Addressing sensitive issues through oral storytelling, she said, helps parents and families feel that they are not being targeted.

“You’re telling a story for a group of people, the whole community, so no one will feel like you’re offending them,” Maryam said. “Instead of me going to a family and saying, ‘I want to talk with you about AIDS.’ They will tell you, ‘Why are you coming to me? Do you think I’m sick? Do you think something is wrong with me?’”

‘People have viewed sex as a private issue’

Open communication between the two generations is one of the big goals of the Storytelling Studio. Abdullahi, who is planning to take part in the new project, has some experience getting his community to address sensitive issues in the open. Since 2001, he’s worked to spread awareness on HIV and AIDS prevention within local African immigrant communities. Much of this work, he said, included overcoming his own initial biases on the subject.

“We come from a background where, generally, people have viewed sex as a private issue,” he said. “Where a sexual encounter is between two people who are married, with express consent of the community.”

Islam values abstinence before marriage and fidelity within marriage, Abdullahi said. And the common perception of HIV and AIDS has been that people contracted the disease by failing to follow these social expectations.

“People now know they can get it other ways, and people are more informed now,” he said.

With the Storytelling Studio project, organizers are hoping to break similar stigmas in mental health. Mental health problems can be misunderstood by older generations, because treatment may have barely existed in their country of origin, Abdu said.

“If you had depression or were feeling down, people would tell you just go to the mosque,” Abdu said. “Seek God, consult with God, or read the Qu’ran. Now what we’re encouraging people to do is to seek help, to seek therapy, to speak up, and share their stories.”

A changing type of theater for a changing community

Mixed Blood will act as a sort of producer for the Storytelling Studio: Abdu said he is looking to rent a studio for the engagements.

Mixed Blood, which Reuler founded in 1976, got involved in both Project 154 and the upcoming Storytelling Studio in part to serve the changing neighborhood where the theater has operated for more than 40 years

In the last 20 years, Mixed Blood has sought to include Cedar-–Riverside’s growing East African community in its programming. Initially, that meant trying to get more people from the neighborhood to come to shows and exhibits at the theater. But in the past five years, the theater changed its focus to engage more directly with the community.

“We’ve spent 15 years trying to use Western theater to influence things, and now we’re actually taking the Somali artform of storytelling to accomplish it,” Reuler said. “And it’s been much more effective.”

A former Somali prime minister and Minnesota resident who devoted much of his life to rebuilding the east African country's democratic institutions has died. 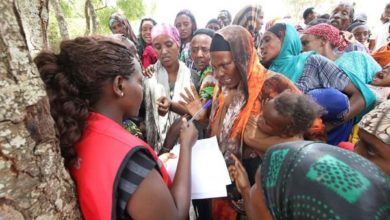 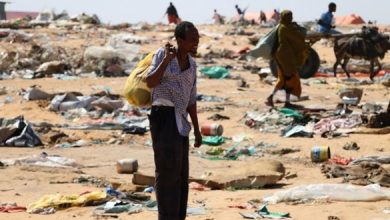 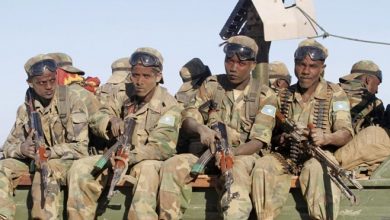 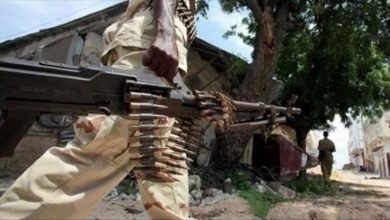 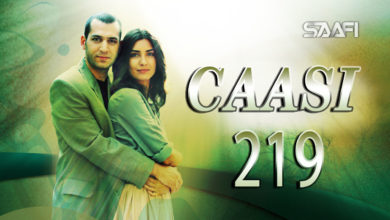 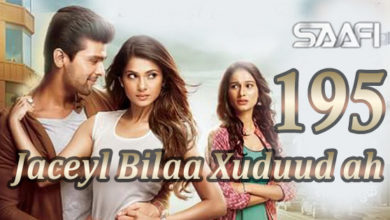