Kenya is the country where they were born, but it might as well be a foreign land to Mohamed Abdi and Iman Matan.

The senior basketball standouts for Lee Academy have vague memories of their early years in Northeast Africa, where they often were on the move and walked around barefoot on sandy terrain.

They do not have recollections of the violence and famine that forced their families to flee amidst the Somali Civil War, which began in 1991 and has not ended. If they did, Abdi said, it is not something they would want to talk about. The topic is not often discussed by their parents and other older relatives.

“They just told us the good times they had, being around family, celebrations,” Matan said. “They didn’t tell us anything bad, really. They didn’t want that bad image in our minds as young kids.”

Tom Rein knows differently. The retired special education teacher for North East ISD, who remains a licensed social worker and psychotherapist, has been assisting Somali Bantu refugees and researching their history since they began arriving in San Antonio in 2004. He said about 300 were brought to the city by the U.S. Refugee Resettlement Program.

Rein knows Abdi, Matan and their parents, who declined interview requests through their sons, and said they are part of the Somali Bantu community. Their people were enslaved farm workers leading up to the start of the civil war and then became targets of militias, which seek to eliminate the Somali Bantu by stealing their food supply, murdering their men and raping their women.

Rein said many Somali Bantu lived in Kenyan refugee camps, including Kakuma, before being relocated. Matan said he and his family lived in Kakuma before coming to San Antonio in 2004. Abdi and his mother and sister made it to the United States a year later.

“It was very hot, very little food, very little water, very little medicine, a lot of people died,” Rein said. “These are probably the most challenged people that have ever been brought to America by the refugee resettlement program.”

Abdi and Matan, close friends since fourth grade, did not speak English or understand American culture when they came to San Antonio as young children. Now, they are set to graduate from an American high school and become the first members of their families to attend college.

More immediately, they hope to help Lee Academy reach the grandest stage in Texas high school basketball. They are senior captains and leading players for the Wolfpack, who are ranked 20th in the state in Class 2A and take a 24-1 record into Friday’s second-round playoff game against Santa Maria.

Abdi and Matan, close friends since fourth grade, did not speak English or understand American culture when they came to San Antonio as young children. Now, they are set to graduate from an American high school and become the first members of their families to attend college.

More immediately, they hope to help Lee Academy reach the grandest stage in Texas high school basketball. They are senior captains and leading players for the Wolfpack, who are ranked 20th in the state in Class 2A and take a 24-1 record into Friday’s second-round playoff game against Santa Maria.

Abdi and Matan, whose younger brother, Hassan, is a junior reserve player for Lee Academy, are living a dream to which all schoolboy athletes aspire and many realize. But their path to that end has been more unique, and in some ways much more challenging, than most.

They initially were placed in low-income housing projects and given a few months’ worth of financial assistance by the U.S. government. Rein said the Somali Bantu had not used electricity in Africa and were not familiar with refrigerators, so some of their initial food supplies spoiled.

They also were foreign to American culture and struggled to communicate with their new neighbors. Abdi and Matan were given arbitrary birthdates they do not celebrate upon arriving in the U.S. They attended school at Colonial Hills Elementary, where even asking permission to use the restroom was difficult.

So was making friends.

“I assumed … that Caucasian people were going to come for me,” Abdi said. “I didn’t know what was going on, so I was scared of what would happen.”

Abdi and Matan eventually adapted to their new environment, picked up the language and befriended each other after continuing to cross paths. Both attended Colonial Hills and Walzem Elementary before ending up at the School of Excellence, a public charter since renamed Lee Academy.

They now speak with only a trace of an accent and consider themselves typical Americans in most ways. They enjoy playing sports and video games and are fluent in technology, with Abdi saying he is on his phone and social media “90 percent of the time.”

“It’s crazy how normal they are,” Lee Academy coach Charles Lee said. “They have a typical teenage mentality.”

Their experience remains atypical, however, because their past in Africa remains in integral part of their present. They are devout Muslims like their parents, who still speak their native language and adhere to longstanding family values and traditions.

Hassan Matan said they use traditional African clothing and food at home, where the focus is studying the Quran and their schoolwork. The Matans’ parents have not attended any of their basketball games or other athletic events, because they do not understand or care to participate in the culture of American sports.

Yussuf Jimale and Hawa Abdi, who did not receive a formal education in Africa, are more concerned with their sons’ academic progress.

“That’s what they tell us every morning and every night,” Iman Matan said. “‘Go to school, don’t mess with the girls, get your education, go back home to your country and change the world.’ ”

Abdi and Matan said they want to visit their homeland for humitarian work once the war ends, although they wonder how they will be accepted after growing up as Americans. In the meantime, they want to continue living the American dream by changing the course of their families.

Both live in the Oak Manor/Oak Village Apartments, a low-income housing project on Austin Highway, and both said their families receive food stamps. Matan said his mother works for a food processing plant and his father takes care of his elderly grandmother. Abdi and his mother, Dool Salah, work as bussers at a seafood restaurant.

“The breakthrough will be in the coming generation when they’re able to venture out and become more American and maybe buy houses and things like that,” Rein said. “The older people are very content to just sit out there. Their lives have been so horrible, so nothing in America can approach the bad stuff.”

Abdi and Matan both have grade-point averages above 3.0. Matan aspires to be a physical therapist, while Abdi wants to pursue a basketball career.

Lee said Abdi and Matan have been assets to his basketball program, both because of their ability and leadership. Abdi is the team’s tallest player at 6-foot-3, rebounds and defends well and is versatile offensively. The 5-11 Matan is a quick and aggressive point guard who is even better in track and field, having placed third in the state in the 800 meters as a sophomore.

They hope to help Lee Academy reach the UIL state tournament next month at the Alamodome a year after falling in the regional semifinals.

“It would be surreal,” Matan said. “It’d be something amazing.”

Their path to this point has been remarkable in its own right. Abdi and Matan said they are grateful to the U.S. for saving them from a civil war and giving them a chance for a better life.

Ensuring a more promising future for their children was the Somali Bantu’s chief concern upon arriving in San Antonio 14 years ago, according to Rein. He said Abdi and Matan are making good on the investments of their community and the U.S. government.

Their parents became American citizens in recent years, which granted citizenship to Abdi and Matan and their siblings.

“It was a great moment,” Abdi said. “We’re fortunate to have the opportunity. Out of all those millions of people, they chose us. So I (am going to) take advantage of the opportunity.” 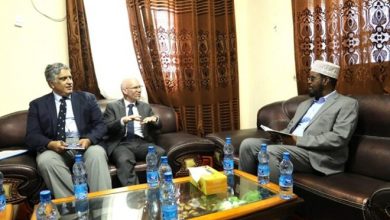 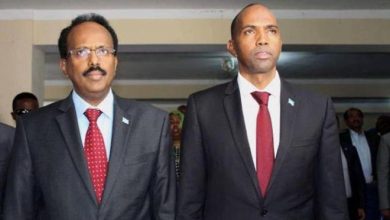 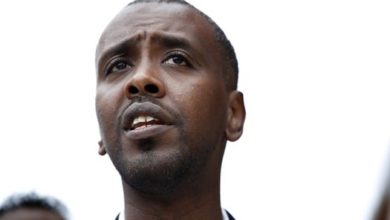 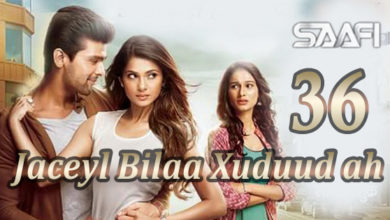 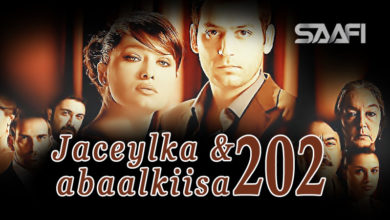 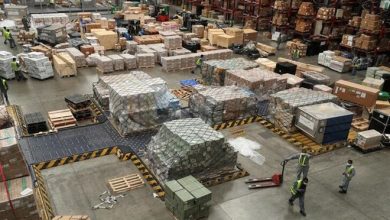