ANKARA, Turkey — President Recep Tayyip Erdogan of Turkey has long cast himself as a champion of the Arab Spring uprisings and the political Islamists who once seemed poised to ride them to power.

Crown Prince Mohammed bin Salman of Saudi Arabia anchors the opposite camp in an ideological battle raging across the Middle East: the anti-Islamist strongmen who quashed the revolts.

The two leaders, each the head of a major regional power, have until now kept their relations cordial in the interest of stability. But over the past week, tensions between them have erupted over the disappearance of Jamal Khashoggi, a Saudi dissident and Washington Post columnist who vanished after entering the Saudi Consulate in Istanbul nine days ago.

Mr. Erdogan has repeatedly challenged Saudi Arabia to explain Mr. Khashoggi’s disappearance, while Turkish officials say they have video and audio evidence proving he was killed, and have unleashed a stream of leaks suggesting that the royal court ordered it. The crown prince and his spokesmen have insisted, without providing evidence, that Mr. Khashoggi left the consulate freely, professing that they, too, are worried about him.

The dispute pits two staunch, headstrong nationalists against each other — both with ambitions to reshape their region. They also share an aversion to public criticism and a history of refusing to back down from a fight.

“These are two people who each think he is the most important person in the Muslim world,” said Steven A. Cook, a scholar at the Council on Foreign Relations who studies both countries. “Ego is a factor on both sides.” 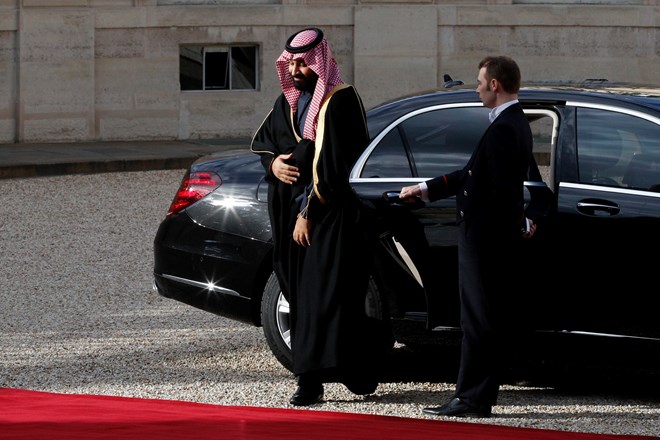 For Prince Mohammed, the case is damaging the image of a moderate reformer that he has worked hard to cultivate.CreditChristophe Ena/Associated Press

On Thursday, there were signs that the two leaders were looking for a way out. Mr. Erdogan’s office announced that he had agreed to a Saudi request to form a joint “working group” that will examine Mr. Khashoggi’s disappearance.

Certainly, each man has much to lose.

Mr. Erdogan is struggling to manage a teetering economy and his entanglement in war-torn Syria. He can ill afford a new battle with a deep-pocketed regional power like Saudi Arabia.

For Prince Mohammed, the affair threatens to severely damage the image of moderate reformer that he has worked for years to cultivate. Eager to diversify the Saudi economy before it runs out of oil, he has courted Washington, Wall Street, Silicon Valley and Hollywood with promises to open up and modernize the kingdom.

The prince has already endured his share of criticism in the West for leading a devastating war in Yemen, temporarily detaining the prime minister of Lebanon, and locking up hundreds of businessmen in a luxury hotel on suspicion of corruption. If he is held responsible for Mr. Khashoggi’s disappearance — and perhaps death — that could strengthen domestic enemies bruised by his swift rise to power.

Internationally, it is already undermining his courtship of Western visitors and investors. Several participants said Thursday that they were dropping out of an investment conference known as Davos in the Desert that the prince is hosting this month in Riyadh.

“His credibility in the West and in the U.S. is at stake,” said Kristian Coates Ulrichsen, a fellow at the Baker Institute for Public Policy at Rice University. “The credibility gap is going to be huge, and the Saudi boosters in D.C. are going to find it extremely difficult to portray the image that they were generally quite successful in trying to push.” 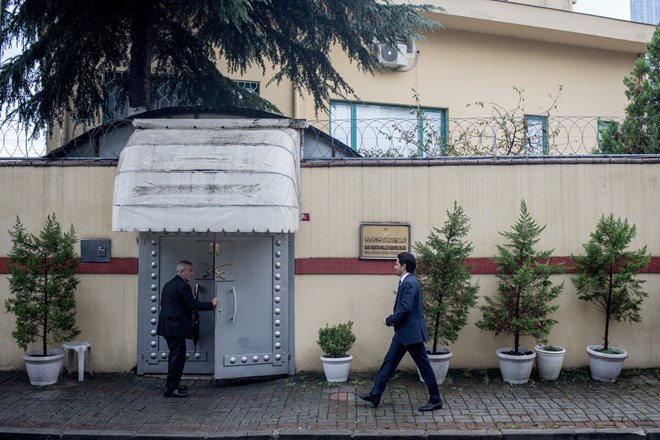 The entrance to the Saudi Consulate in Istanbul on Thursday.CreditChris Mcgrath/Getty Images

With lawmakers from both parties in Washington now threatening to seek sanctions over the case, Saudi leaders appear surprised by the magnitude of the international reaction. Prince Mohammed has canceled or postponed meetings with diplomats and other foreign visitors, and Foreign Minister Adel al-Jubeir has been unusually quiet.

Mr. Erdogan, for his part, has almost taunted the crown prince with questions, testing how close he can come to blaming Saudi Arabia for Mr. Khashoggi’s disappearance without explicitly doing so.

“It is not possible for us to remain silent about such an incident happening in our country,” Mr. Erdogan said.

Mr. Erdogan’s greatest concern is not foreign but domestic: borrowing taken on during his 15-year drive to build up the Turkish economy has left its corporate sector sagging under the weight of more than $200 billion in foreign debt. That has dragged down the value of Turkish currency, spurring high inflation.

Although Saudi Arabia is hardly its biggest investor, Turkish officials have boasted that their country did $8 billion a year in business with the kingdom. Wealthy Saudi holidaymakers are a staple of Istanbul’s tourist industry. 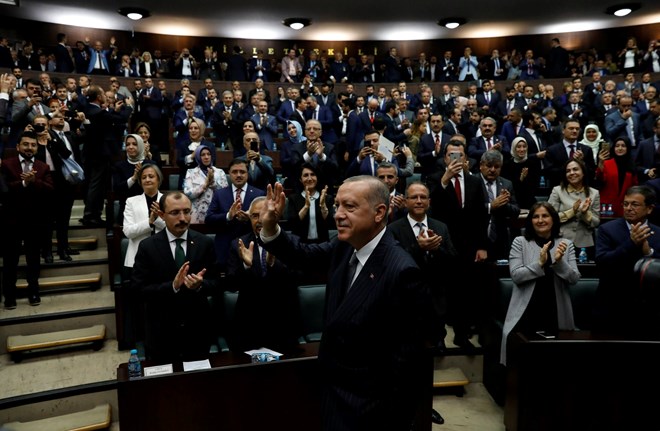 Mr. Erdogan is struggling to manage a teetering economy while defending his interests in Syria.CreditUmit Bektas/Reuters

“The stakes are very high, and that is why Erdogan will be very restrained,” said Ozgur Unluhisarcikli, the Ankara office director of the German Marshall Fund of the United States. “Turkey is going through hard economic times, and Saudi Arabia and the Gulf countries have the ability to tip the balance of Turkey’s economy.”

The disappearance of Mr. Khashoggi also threatens something less tangible: the prestige Mr. Erdogan’s Turkey has enjoyed around the region as a refuge for Arab politicians and thinkers under pressure from their own governments.

“Because Turkey has become such a haven for Arabs who no longer feel safe in their own countries, there is a lot of reputational damage for Erdogan,” said Tamara Cofman Wittes, a scholar at the Brookings Institution and a former State Department official.

Several analysts said they already saw hints that Mr. Erdogan might be exploring a face-saving retreat for both sides — for example, by allowing the crown prince to acknowledge Mr. Khashoggi’s death but pin the blame on some rogue element in his government.

The announcement of the joint working group in the case added to the speculation. But how that cooperation might work, given the Turkish allegations against the Saudis, remains to be seen.

Over the years, Mr. Erdogan and Prince Mohammed have worked to suppress their differences.

When the Turkish leader cracked down after a failed military coup two years ago, Saudi Arabia was quick to help him, extraditing a Turkish military attaché suspected of playing a role in the plot. Mr. Erdogan singled out the kingdom for special thanks, and Prince Mohammed reciprocated by joining his father, King Salman, in congratulating Mr. Erdogan on his survival.

Tensions have erupted over the disappearance of Mr. Khashoggi, a Saudi dissident who vanished after entering the consulate.CreditChris Mcgrath/Getty Images

When Egyptian newspapers recently quoted Prince Mohammed calling Turkey part of an “evil” alliance in the region, he hastened to deny it, issuing a statement that he was criticizing the Islamists of the Muslim Brotherhood, not the government of Turkey.

But tensions between them still rose.

Mr. Erdogan remains close to the Muslim Brotherhood, which Saudi Arabia considers a national security threat and has branded as a terrorist organization. Turkey has also remained close to Qatar, another regional friend to the Brotherhood.

As he has consolidated power, Prince Mohammed has become increasingly bold. At age 33, he has charmed younger Saudis and many in the West by promising to diversify the Saudi economy and weaken the kingdom’s religious authorities. He has let women drive and allowed concerts and movie theaters — all novelties for the kingdom.

On a tour of the United States this year, Prince Mohammed was welcomed as a statesman. He met with President Trump; dined with Rupert Murdoch; had his picture taken with Mark Zuckerberg of Facebook, Bill Gates, and Tim Cook of Apple; and hung out with the actor known as The Rock.

But many of his actions have backfired.

His military intervention in Yemen has so far produced only a stalemate and humanitarian crisis. His detention of the prime minister of Lebanon was ultimately ineffectual. And his imprisonment without due process of hundreds of wealthy businessmen, including several of his royal cousins, unnerved many of the investors he had set out to woo.

And now there are the allegations about Mr. Khashoggi.

Ms. Wittes, the Brookings scholar, said that if the Saudis “are willing to assassinate a journalist on foreign soil because he was mildly critical, these international partners are going to be much less likely to send their students, researchers and experts to the kingdom or to set up long-term partnerships with the kingdom.”

Being seen in the eyes of the world as responsible for such a grisly assassination might once have been enough to disqualify a crown prince from succession to the Saudi throne. But Prince Mohammed, who is known as MBS, appears to have amassed more control than any leader in decades over the sources of hard power in the kingdom — the military, the national guard and the Interior Ministry — as well as the oil ministry.

Many analysts say there is almost no one left to challenge him — provided he maintains the good will of his elderly father.

“There is no real coalition that can mobilize against MBS,” said Mr. Ulrichsen, the Middle East fellow. “He seems to be secure in his position. And that seems to be the reason we see such actions.”

Somalia Holds on to Hope a Year after worst Terrorist Attack 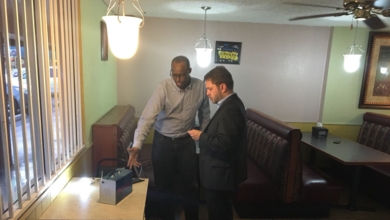 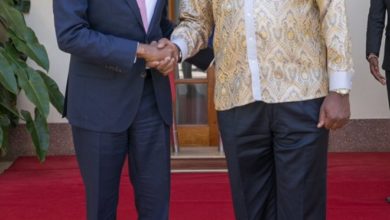 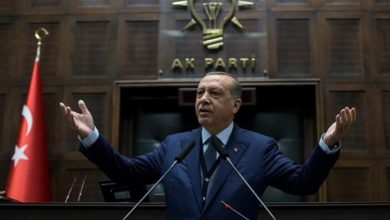 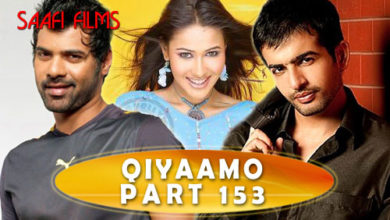 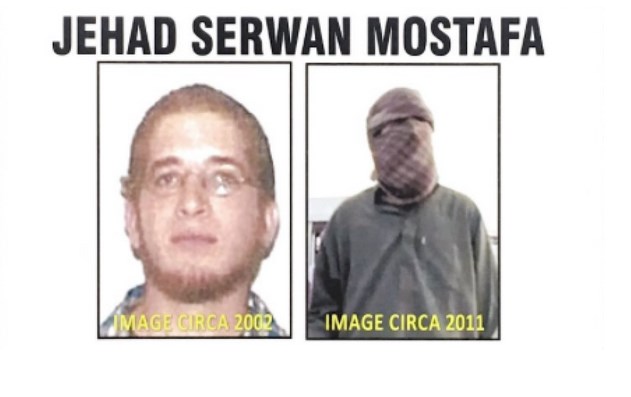 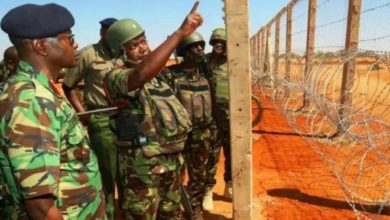